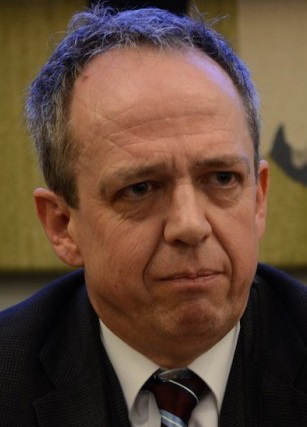 Specialist areas of work and services:

Experience, Background and Services:
Gareth Jenkins is a writer and analyst based in Istanbul, Turkey, where he has been resident since 1989. During his first ten years in Turkey, he worked as a journalist for international wire services, newspapers and periodicals, covering a broad range of political, economic and social issues related to Turkey and the surrounding region. In recent years he has focused primarily on analysis, contributing numerous articles, reviews and commentaries to scholarly journals and edited volumes and delivering presentations at seminars and conferences. Although he continues to write and speak on diverse aspects of Turkish politics, economics and social change, his special fields of interest are civil-military relations, terrorism and security issues, Kurdish nationalism and political Islam. He is currently a non-resident senior fellow at the Central Asia-Caucasus Institute & Silk Road Studies Program Joint Center, a transatlantic research and policy initiative between the Paul H. Nitze School of Advanced International Studies of John Hopkins University in Washington and the Institute for Security and Development Policy in Stockholm. His publications include “Occasional Allies, Enduring Rivals: Turkey’s Relations with Iran” (Silk Road Paper, May 2012), “Between Fact and Fantasy: Turkey’s Ergenekon Investigation” (Silk Road Paper, August 2009), “Political Islam in Turkey: Running West, Heading East?” (New York: Palgrave Macmillan, 2008), “Context and Circumstance: The Turkish Military and Politics” (Oxford: Oxford University Press, 2001). He is currently completing a study of the Kurdistan Workers’ Party (PKK), which will be published by Routledge in 2021.