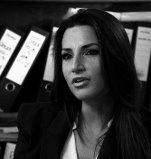 Specialist areas of work and services:

Philippa specialises in cases concerning victims of human and forced criminality. She has acted on several hundred slavery and human trafficking cases throughout her career. Philippa drafted the Law Society practice note on human trafficking and was advisor to the United Nations Children's Fund (UNICEF) in relation to the UK's Modern Slavery Act 2015. She regularly delivers training to law enforcement and legal professionals on many areas of modern slavery law, including modern slavery regulatory compliance, both in the UK and internationally. Philippa has acted in most of the significant and leading cases involving victims of modern slavery and forced criminality of the last decade, including R v L & Ors [2013] EWCA Crim 991 and representing five of the six applicants in the specially convened victims of trafficking court before the Lord Chief Justice R v VSJ et all [2017] EWCA Crim 36. She has acted at all levels, representing the interests of victims of trafficking, including during police station investigation stage, as well as in the Magistrates Court, Crown Court, Court of Appeal, Supreme Court and European Court of Human Rights.

Philippa also represents victims of human trafficking in statutory compensation claims via the Miscarriage of Justice Application Scheme. Where victims have been wrongly convicted and punished pursuant to the Criminal Justice Act 1988. She secured the first landmark compensation in 2017 for a victim of trafficking under this scheme.

Philippa was also called to give oral evidence as a legal expert in the Home Affairs Committee modern slavery inquiry. She also submitted written evidence during the inquiry. Philippa has a particular interest in child criminal exploitation and regularly defends both British and foreign national children prosecuted for forced criminality offences, she was one of the first lawyers in the country to raise a s45 Modern Slavery Defence. She is regularly instructed on county lines exploitation cases.

She was highly commended in the Law Society Excellence Awards for her work in defending victims of human trafficking and is recognised by the Law Society as the leading lawyer in this field. They have described her as ‘a fierce criminal defence solicitor, who specialises in defending and representing victims of human trafficking who have been prosecuted for criminal offences. She is a leading criminal solicitor in this field’.

Philippa sits on various advisory boards, she is advisory member for working group on Children and Young People in the Justice System for the Inns of Court College of Advocacy Grays Inn. She is advisory member of the Unaccompanied Migrant Children’s Court Steering Group- for unaccompanied asylum-seeking children and child victims of human trafficking. She is also an advisory board member for Tackling Child Exploitation and board member of the Criminal Appeals Lawyers Association.

Philippa regularly lectures on all many aspects of modern slavery law, forced criminality and child criminal exploitation and has been invited as guest lecturer at numerous Universities.

Philippa has provided data, legal commentary and recommendations for numerous reports and publications including publications for Bloomsbury, Archbold and LexisNexis.

Philippa founded the Human Trafficking & Modern Slavery Expert Directory in 2015, after identifying a desperate need for a single resource for professionals working in the counter human trafficking and modern slavery sector.

Philippa is also involved in international criminal law work, involving war crimes and child soldiers and is on the List of Assistants to Counsel at the International Criminal Court.

Philippa is regularly consulted by many of the world’s leading media organisations for legal commentary on human rights and modern slavery law. She has also appeared in numerous documents and news channels.