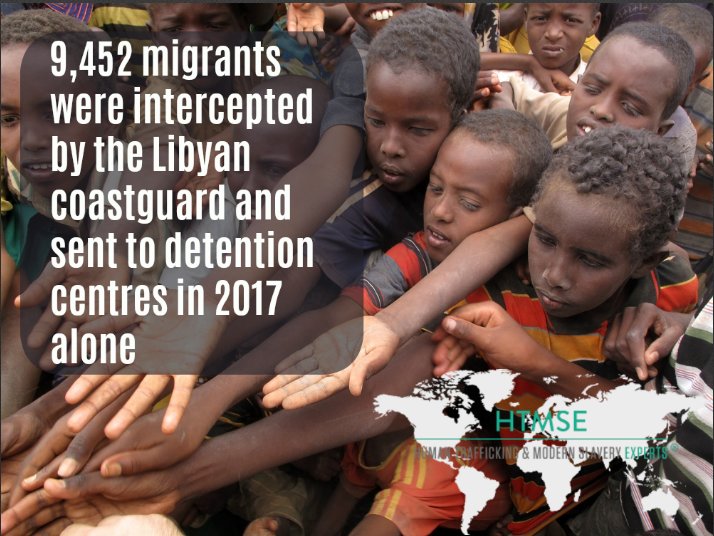 Driven by poverty, thousands of migrants have attempted the perilous journey from Africa to Europe across the Mediterranean. Despite the traditional focus on deaths at sea – claiming over 2,257 lives in the first half of 2017 alone –, there is increasing evidence that transit on dry land can also be fatal. Several reports have confirmed that stranded migrants are deprived of food and drink, sold for as little as $400 in discreet warehouse auctions, and are customarily subjected to torture and abuse by their captors. Following the clampdown on sea crossings by the European Union in an attempt to stem flows to the continent, 19,452 individuals have been intercepted by the Libyan coastguard and sent to detention centres in 2017 alone, many of whom have fallen prey to transnational criminal networks. The unparalleled concentration of ‘failed’ migrants in Libya has been accompanied by a rise in human trafficking and modern slavery victims.

Given the complexities of the migrants’ journey, it is a frequent occurrence that the definitions of trafficking and smuggling become obscured. Often victims will believe they are being smuggled but become trafficked through transit or at their destination country. Factors such as political instability, economic pressures and environmental issues are often the catalysts for migrants seeking to come to Europe. Illegal migrants often rely on organised criminal networks to facilitate their passage to Europe, leading to higher risk of exploitation and further blurring of the distinction between trafficking and smuggling. The migrant crisis in Libya provides a unique yet unfortunate opportunity for clarification: the controls aimed at ending the smuggling of migrants to Europe has been the catalyst of human trafficking inland.
The mounting public outcry at the extent of the crisis and uninterrupted progression has gradually set the European Union in motion, but has failed to create momentum in anti-trafficking initiatives. The only step to this effect is the recent agreement between Italy and Libya to create an operations centre against modern slavery in Libya. However, specific information on the centre’s concrete objectives, strategy and operation has not yet been made public.  After a scathing report by Amnesty International condemning the European Union’s role in enabling human trafficking and modern slavery in Libya via its support to the Libyan coastguard, it is hoped that the EU will be pushed into further action. 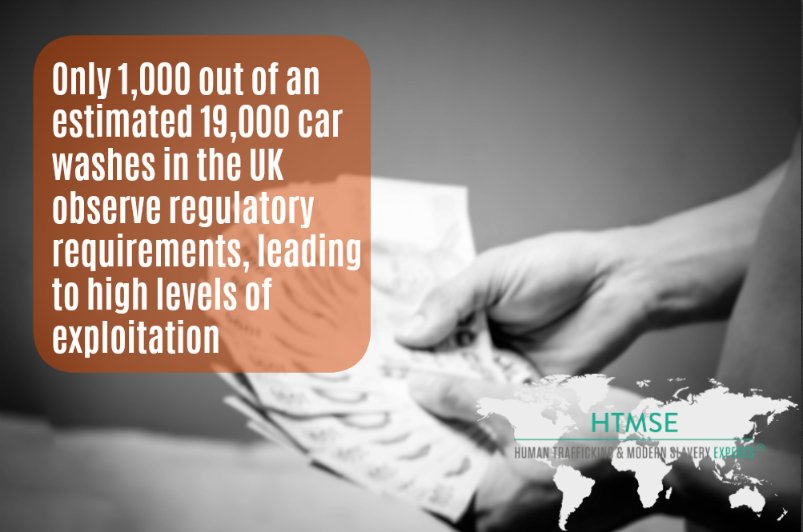 The untimely death of a Romanian worker at a car wash in London in circumstances of exploitation earlier this year sparked several raids, and drew international attention to what had been a largely overlooked issue. Since then, the Car Wash Advisory Service has noted that only 1,000 out of an estimated 19,000 car washes in the UK observe regulatory requirements, including payment of minimum wage and appropriate working conditions.

The victims, male migrant workers trafficked from Romania and Albania, are lured to work in UK car washes by working agencies in their home countries promising wages permitting remittances to their families, and appropriate working conditions. In reality, they are paid well below minimum wage, housed in dilapidated and overpopulated accommodation often at the site of the car wash, and frequently abused by their traffickers. In addition, workers face inhumane working conditions and are exposed to dangerous corrosive substances, which present a serious threat to their health. There are reported instances of passport confiscation, and threats used based on the workers’ immigration status. Often unfamiliar with the English language and threatened with deportation by their traffickers, workers are deterred from alerting the relevant authorities. Even in the rare instances when modern slavery is identified by the police, victims are reluctant to support prosecutions, fearing retribution or the loss of their wages.

Despite the recent wave of media attention, several instances of abuse and labour exploitation in car washes remain unreported. This is because the car washing industry is largely fragmented and lacks regulatory oversight. For this reason, customers can – and must – take a crucial role in identifying modern slavery in car washes by ensuring workers use and are provided with protective equipment, such as gloves and appropriate boots. However, customers’ most effective tool in the fight against modern slavery is common sense, the key question being whether or not the price paid for any given service is sufficient for the car wash to operate for a profit while paying minimum wage. If not, customers must be quick to take action and alert the authorities to what is most likely a business profiting from human exploitation.